You don't have any saved vehicles!

Look for this link on your favorites:

Once you've saved some vehicles, you can view them here at any time.

If you’ve been looking for a large vehicle chances are you’re either looking for an SUV or a crossover. Chances are that you’ve been getting confused. You immediately know in your mind what a car would look like but with an SUV and crossover, there are gray areas to be considered especially when people refer to crossovers as SUV’s and vice versa. First, it is best to define what they are separate.

What is an SUV?

An SUV is primarily built like a truck. It is built on a heavy rugged frame which houses the drivetrain. The drivetrain is the group of components that give power to driving wheels: wheels, drive shaft, axles. Some examples of an SUV are the Chevrolet Suburban and Ford Explorer.

Because of it’s made like a truck an SUV naturally has more power. If you need to tow heavy equipment such as a motorboat a legitimate SUV is your best choice. Another good feature SUVs is they are resistant to rust and is easier to repair in an accident. Also, some people believe that an SUV offer more protection during a crash.

When you are driving an SUV it may feel like you are driving a truck because essentially you are. Because SUVs are heavy and have more weight they are less fuel efficient. Also, traditional SUVs may not have what they call a crumple zone. A structural feature designed to absorb the energy from an impact during a traffic collision by controlled deformation through crumpling.

Since SUVs are built like a truck they can handle rugged terrain. It can also drive in an area that requires high ground clearance such as muddy roads or floods.

A crossover, unlike an SUV, uses a car’s platform. Crossovers use “unibody” architecture which means that the body and frame are one piece. Due to this, Crossovers drive more like a car, and drivers feel that it is easier to maneuver especially in tight places such as narrow roads and parking lots. It’s also lighter and has better fuel economy. It also combines the SUV feature of having more interior room and space. Because a crossover is built like a car it naturally has ample crumple zones a crucial feature during accidents. Some examples of crossovers are Honda CR-V, Nissan Murano, Jeep Compass and Dodge Journey.

Because it is built like a car a crossover has less hauling capacity. You cannot tow industrial-sized loads. Also, it cannot handle rugged terrain they way an SUV can so if you are mainly driving on paved areas and freeways a crossover is good.

Knowing the difference between the two can help you know which type of vehicle to pick depending on your needs. Both have its distinct features and similarities.

0 comment(s) so far on SUV vs. Crossover

You don't have any saved vehicles!

Look for this link on your favorites:

Once you've saved some vehicles, you can view them here at any time. 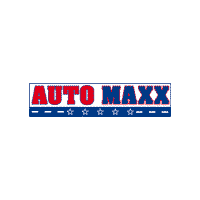